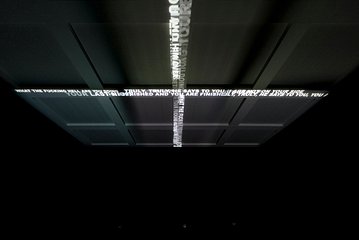 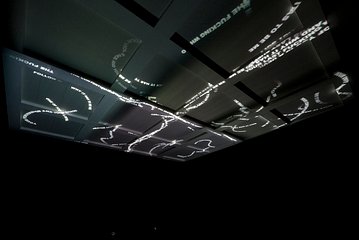 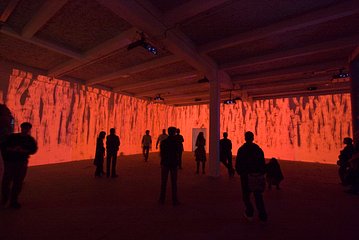 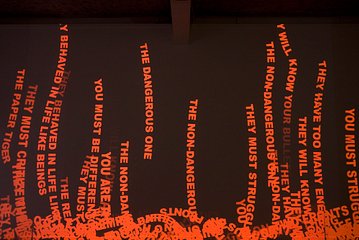 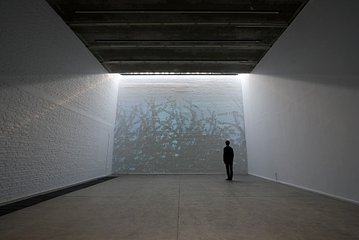 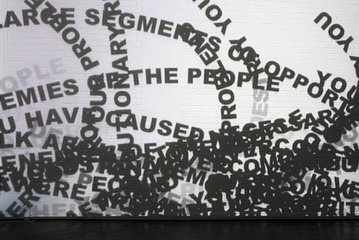 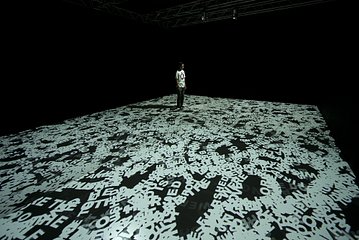 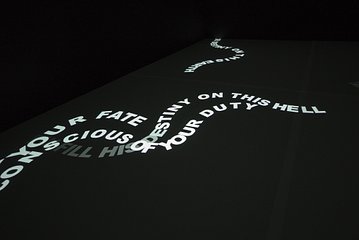 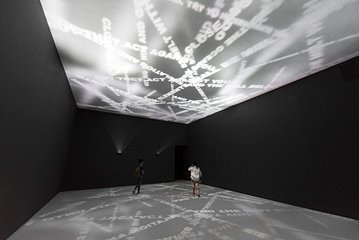 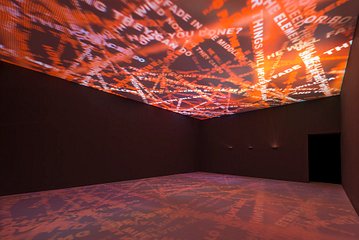 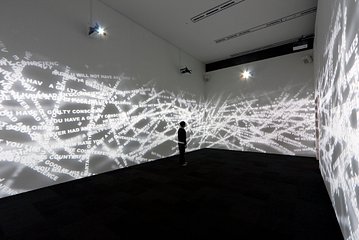 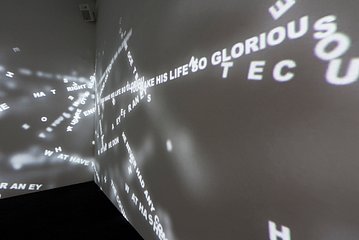 “The Seven Seals” is an on-going series of seven digital video installations using texts and computer technology to show Tsang’s thoughts on various issues of the day. “The Seven Seals” draws its reference from various sources including the Bible, Judeo-Christian eschatology, existentialism, metaphysics, politics, etc., which all attempt to articulate the complex situation of the world and the dilemmas that people are facing while approaching “the end of the world”.

Animated phrases and short sentences appear and move and float, sometimes, like a murmur and sometimes like an admonition that reveals the nature of human beings and the changes of our emotions. The texts remind us of issues like war, terrorism, revolution, death, murder, suicide, self-denial, etc.

Without a clear beginning or end, each installation in the “The Seven Seals” creates different cycles of text on continuous loops that appear to repeat without end; echoing the concept of “eternal recurrence” whereby all the issues and dilemmas of daily existence are seen perpetually recurring for an infinite number of fleeting instances, even though we recognize and are aware of them for a much longer time.

The Third Seal - They Are Already Old. They Don't Need To Exist Anymore.

The First Seal - It Would Be Better If You Have Never Been Born ...

The Seventh Seal - Your Work Is Done. Why Wait?