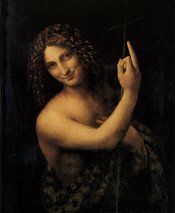 Attempt at a Revaluation of All Values

- Reading on Nietzsche and past experience as a Christian

“There are no facts, only interpretations.”      — Nietzsche

“TRUTH” and “REALITY” are absent and never exist from the very beginning in the history of mankind. There is nothing called “TRUTH” or “REALITY”, only “truth” and “reality” exist. May be it is more suitable to call them “Interpreted TRUTH” and “interpreted REALITY”.

What people now call “truth” and “reality” are rather constructed, interpreted and amended. People are unable to know and experience everything that happens in every corner of the world and can only rely on different mediators like television, radio, newspapers, magazines, books, internet, etc. to bring us the “truth” and “reality”, which, in turn, are constructing our perspectives, “truth”, “reality” and the “world” that people are now living in. In fact, we never know anything about “TRUTH” and “REALITY”.

Even if we can see the object exists or thing happen in front of us, like viewing an art piece at a museum or gallery, we are still lacking the absolute evidence to guarantee or state them as “REAL” or “ORIGINAL”. Replicas, copies and fakes, are often displayed at museums and galleries intentionally or unintentionally, which misleads the audience and make the “fake” perceived as the “ORIGINAL”.

The presence of the original is the prerequisite to the concept of authenticity. 1 — Walter Benjamin

Benjamin stated the above idea in the essay “The Work of Art in the Age of Mechanical Reproduction” in 1936 but clearly it is now in doubt in the age of mechanical and digital reproduction. The idea of “original” and “authenticity” have already evaporated. Duchamp’s authorized replicas of “Fountain”, “the Large Glass” and other works are obviously “fake” because they are not the “ORIGINAL” pieces but, ironically, are defined by the artist as the “real” replicas and are widely displaying at numerous museums in the world. The phrase “artist-authorized replica” reveals and stated that the works are “fake” but, at the same time, are “real” in their “fake-ness” and not “fake” in their “fake-ness”.

Sherrie Levine also demonstrated and showed another aspect of the situation and dilemma when she intenionally appropriated and copied other artist’s artwork in the 1980s. Levine brought the question on the ideas of “original”, “real” and “authorship” in the spotlight and made it became unavoidable that people have to face and deal with.

Every word, every image, is leased and mortgaged. We know that a picture is but a space in which a variety of images, none of them original, blend and clash … we can only imitate a gesture that is always anterior, never original. 2 — Sherrie Levine

Did LEONARDO DA VINCI ever exist? Was he a “genius” or just a fool or madman? Did he really paint the paintings by himself?  Or just by his followers? …

Did JESUS exist? Did he swear? Did he have a penis? And … how long is it? Would it erect and eject? Did he pick his nose? …

People thought they have seen and knew how things, objects, Jesus, Mary or da Vinci's paintings look like. But, in fact, we know nothing about DA VINCI or JESUS at all. Everything about “Jesus”, “Mary”, “da Vinci” etc. is all in doubt and uncertainty.

… the authentic history of Christianity. --The very word "Christianity" is a misunderstanding -- at bottom there was only one Christian, and he died on the cross. 3 — Nietzsche

Everything about “Jesus”, “Mary” and Christianity are, in fact, all constructed and interpreted differently under different needs by different groups of people like the Church authorities, bishops, followers, etc. in different times. JESUS had already died on the cross but “Jesus” was soon born in Christianity after that. It was not because he is the “God” but by the power of interpretations and purifications throughout the two thousand years that made him “Jesus”, “God” and “MARY” became “Mary”, “Madonna”, “the Holy Virgin”, etc.

In order that love may be possible, God must become a person; in order that the lower instincts may take a hand in the matter God must be young. To satisfy the ardor of the woman a beautiful saint must appear on the scene, and to satisfy that of the men there must be a virgin. 4 — Nietzsche

To a certain degree, a person, an object, a work of art, etc. does not need to be “EXISTED” physically anymore for the mediators to create their existences. Digital image, video image, photographic image or text is already sufficient to establish and create the “truth” and “reality” through different kinds of circulation, presentation and interpretation.

Throughout the history of mankind, Christianity was attempting to block the ways in unmasking or breaking the “truth” and “value” presented and erected by them. Medieval inquisition, Spanish inquisition, Portuguese inquisition, Roman inquisition, etc were all established to eliminate the “heresy”, their ideas and values that different with theirs. Only one “truth”, one “reality” and one “value” were allowed to exist and that was the Christian “value”. Everything have to be “Christianized” and everyone has to be Christian. Otherwise, all would be condemned as “heresy” and needed to be eliminated, punished or killed. Surely Galileo was just one of the clear examples of the oppression and elimination of “heretic values” by the authorities of Christianity.

Undoubtly, Renaissance was a revolutionary period of time that first widely challenged the authority and singularized “values” proposed by Christianity. Even though most artworks were still commissioned by the Church, the new ideals of humanism, the searches of “TRUTH” and “REALITY”, use of one-point perspective in paintings and the realistic representation of “REALITY” in other art forms, the rise of science and rationality, etc. were all elements in Renaissance that cleared the singularized “value”, “truth”, “reality” and other obstacles set by Christianity and the Church. It was a period of time that attempted to re-value all singularized, simplified ad purified “truths”, “realities” and “values”.

What the Renaissance was? The transvaluation of Christian values,--an attempt with all available means, all instincts and all the resources of genius to bring about a triumph of the opposite values, the more noble values … there has never been a form of attack more fundamental, more direct, or more violently delivered by a whole front upon the center of the enemy! 5 — Nietzsche

Nietzsche & the Death of God

"Where is God gone?" he called out.” I mean to tell you! We have killed him, you and I! We are all his murderers! … God is dead! God remains dead! And we have killed him! … 6 — Nietzsche

The death of “God” was first announced and cried out formally by Nietzsche in the end of 19th century. “God”, the core concept of Christianity, the erected and idealized image, could be dead and is dead.  All accompanied “truth”, “reality” and “value” are dead as well. Everyone is now free from the bondages set by Christianity and the world is now open to be interpreted.

God is already dead and we have all killed him. "Truth" and "reality" are now can be both created, amended and cropped by presenting and interpreting them in different perspectives, angles and dimensions by the help of different kinds of technology, software and method. In fact, everyone is now playing the role of “God” and playing with “truth” and “reality” as one wanted.

Attempt at a Revaluation of All Values

“Attempt at a Revaluation of All Values” is a project about my thoughts on Christianity based on my past experience as a Christian and reading on Nietszche’s writings, and attempts at criticizing the authority and singularized “value”, “truth” and “reality” constructed by Christianity.

Religious paintings by “Leonardo da Vinci” are being used and appropriated as a way to make reference on the spirits of Renaissance and its challenges on Christianity. By changing the body, finger gesture or facial expression of the Christian figures in the works, it criticizes the idealized and sanctified images of “Jesus”, “Mary”, etc. and brings those unwanted secular elements like desire, hate, contempt, imperfection and different kind of relationships back to the figures.

“The most important in painting are the movements originating from the mental state of living creatures, the movements, that is, appropriate to the state of … desire, contempt, anger or pity …” 7 — Leonardo da Vinci

By scanning the “original” da Vinci’s paintings from books, facial expressions, finger or body gestures of different figures are being altered and amended digitally while the majority part the paintings including title, dimension, colour, etc. are kept unchanged. These made the finished works look almost the same with the “originals” which, in fact, making it difficult to find out the “fake” or the “origina", the unaltered or the altered at first glance. The idea of “original”, “fake”, “authenticity” of the “original” works by “Leonardo da Vinci”, and, even identity of the author presented and interpreted by mediators would be questioned. In other aspects, it is also about how our viewing habits distract and discourage us from seeing the details and minor difference of a thing, an object or a classical painting by da Vinci while it is over-saturating in different mediators in our times.

The slight amendments also play with the prevailing idea of hidden “codes” in his paintings in recent years, that some “real” messages or ideas by da Vinci were secretly placed in the paintings. In fact, it is a clear example of how the “truth” and “reality” are being played and interpreted by different mediators for different reasons in different periods of time.

1. Benjamin, Walter, The Work of Art in the Age of Mechanical Reproduction, 1936.